For women, breast cancer is a dreaded and devastating disease. Over a lifetime, one in eight American women are affected by breast cancer. It is the most commonly diagnosed cancer and the second leading cause of cancer death in women. Although currently there is no way to prevent breast cancer, early detection is a woman’s best hope for effective treatment and better survival rates. 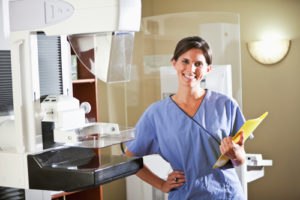 Digital mammography was developed for many important reasons. The system transfers images to a computer so they can be electronically enhanced. Your doctor can zoom in, magnify and optimize different parts of the breast tissue using just four standard pictures. And special software allows your doctor to view the entire breast on one image.

This technology allows for faster scan times, fewer retakes, therefore a reduced dose of radiation, and better image quality.   With film, you look at a one image, from one perspective. With digital, Radiologists can manipulate the image contrast, brightness, and magnification levels to see abnormalities more clearly.  In addition, with digital, Radiologists can easily transmit an image to another facility, saving time and allowing faster information flow to benefit the patient.

Partners provides both 2D and 3D (Tomo) mammography at both of its women’s centers.  In addition, both centers provide diagnostic mammography which is the process of examining an area of concern that was detected during a screening mammography exam.   If a finding is identified, Partners performs breast biopsies at both centers.

Partners use the Hologic Dimension mammography modality for imaging.

Partners was awarded and maintains the American college of Radiology Breast Center of Excellence title.  This is the highest status for a breast center. 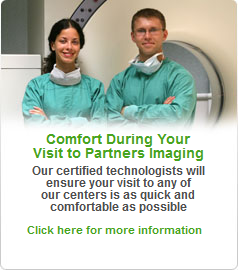 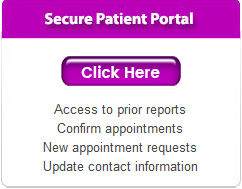